Starbucks Marks its 17th Anniversary with a Spirit of VOLUNTEERISM!

ALL IN THE SPIRIT OF VOLUNTEERISM!

December this year is a month of celebration, as we had just celebrated our 15th Anniversary, last Saturday, HOPE worldwide Malaysia, together with other NGOs were invited to be a part of Starbucks Malaysia 17th Anniversary. To make this celebration a memorable one, Starbucks invited their loyal customer to be the VOLUNTEERS of the Day, as part of the Crew Team for this event at Bangsar Village II. Hats off to Starbucks Malaysia making the extra efforts, reaching out to their loyal customers, inviting them to be the event's Volunteer Crew via social media platform! Starbucks has indeed bring the Spirit of Volunteerism higher by building closer and deeper friendships with their customers.

While from HOPE worldwide Malaysia, we assembled total 30 volunteers, age from as young as 7 years old, to form a Caroling Team, to dedicate carols for Starbucks and all of the customers on that day, wishing everyone Merry Christmas in Advance! 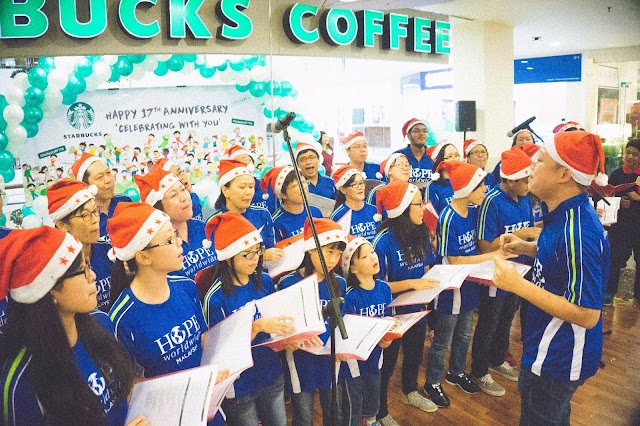 It is like a Christmas Tradition we have with Starbucks, and was indeed inspiring to see all 30 volunteers singing carols so cheerfully and loudy together, which among them were there to sing carols for Starbucks since the very first time in 2004. And some of them right now were married with kids, they too brought along their kids, as the new carolers! The Spirit of Volunteerism passed on to the next generations.

From on stage to off stage, besides the Carolers, we have our volunteer to dress up as Santa Claus to cheer up the chidlren and the crowd! 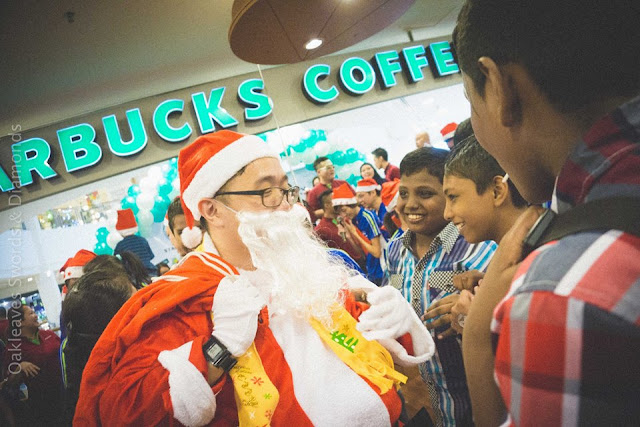 During the event, Kids and Youths from HOPE worldwide Malaysia together with the children from Rumah Charis and other Homes were invited to the Party! The Volunteers from Starbucks were there conducting games and several activities like Face Painting for the kids.

Starbucks Malaysia, thank you so much for being a very loyal and faithful friend to us! Once again, Happy 17th Anniversary to you! 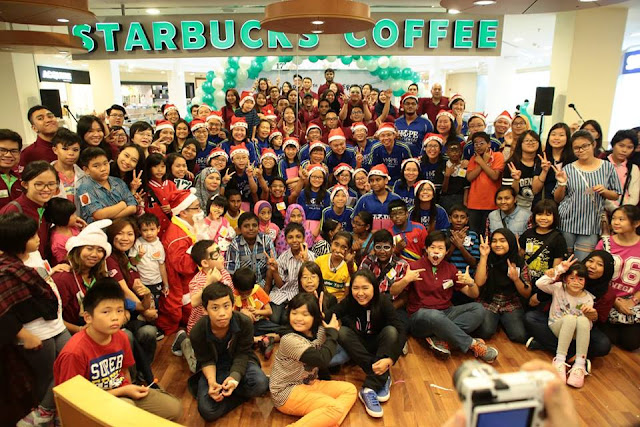 For more event photos, check them out at our Facebook page by clicking into: Starbucks Malaysia 17th Anniversary Party at Bangsar Village II

Bringing HOPE Changing LIVES
Posted by Caesar Teh at 10:05 PM