Sukarna's Story - From Darkness to Light

For Sri Lankan refugee Sukarna, HOPE worldwide had given her a second chance to start anew. She had been afflicted by malnourishment and depression; her sunken eyes and skinny complexion were a sight of sorrow. Her problem was compounded by the fact that she is a refugee from Sri Lanka and could only speak Tamil.

In 2009, after enduring a civil war which devastated their homeland, tragedy hit Sukarna’s family as her husband was shot in the head. After being shot, he fell into a coma. Though he recovered a year later but continue to suffer from frequent convulsions as a result of the injury. He eventually succumbed to being paralyzed but regain consciousness after further treatments. "I spent all our savings for his treatments. I was very sad that he was bed-ridden nevertheless,” she said. Since her husband became paralyzed, she and her two daughters Sarukkah and Kuilini lost the protection of a husband and a father. That’s when she faced severe stigma and discrimination from the society and life was so unsafe for her and her daughters. Her husband helplessly urged her to leave the country together with the daughters to start a new life in Malaysia. With much sorrows, Sukarna bid farewell with her husband without knowing if there will be a chance to see him again. 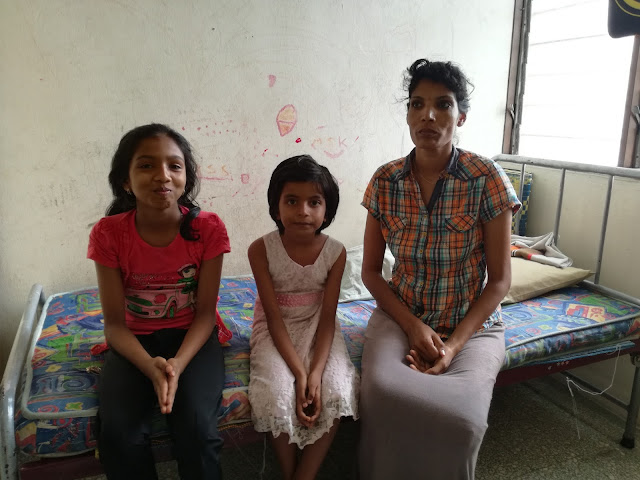 She and her family came to Malaysia hoping to start a new life with the help from her uncle here, but her hopes were dashed as her uncle passed away due to heart attack two months after she arrived here. It was almost too cruel to contemplate, but it was not to be the end of the world for her. 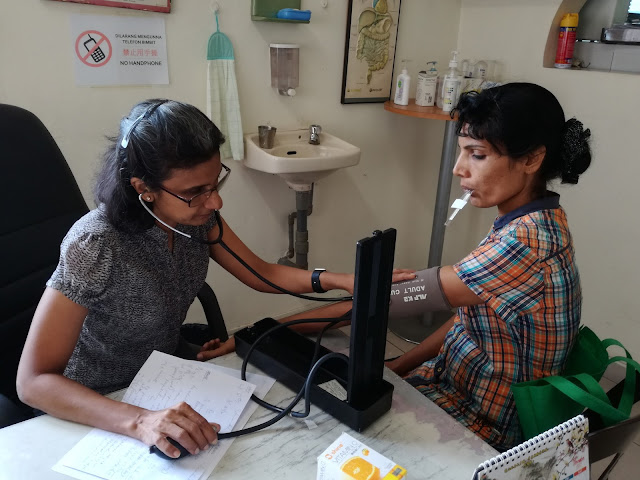 Just when she needs all the help she can get, Sukarna found relief in the free clinic in Sentul, which provided her medication. She also signed up for the food distribution program by HOPE worldwide which helped her and her daughters to stave off hunger. And just to make sure she can overcome the trauma of losing the loved ones in her life, the clinic also referred her for to get counselling help from professionals.

Sukarna, now in better health and a more cheerful person, thanked HOPE worldwide for treating her with more than basic respect.

"I want to thank HOPE worldwide once again from the bottom of my heart for giving me and my daughters the incredible privilege of being served. I wish I was the one had fallen instead of my husband, so that we don’t have to run away from our homeland. But only God knows and everything happened for a reason,” she said.

The most immediate priority, once she's had some time to settle down, she said, is to work as a tailor once again. "I want to start making clothes again.

Hence, the story doesn't end here. Thanks to our volunteer, Mr. Jeyapalan who met Sukarna at our Sentul Free Clinic of HOPE. After hearing her story, without much hesitation, Mr. Jeya decided to contribute the cost of a new sewing machine for Sukarna so she can start a new life by having a job to earn a living, to rebuild her family. 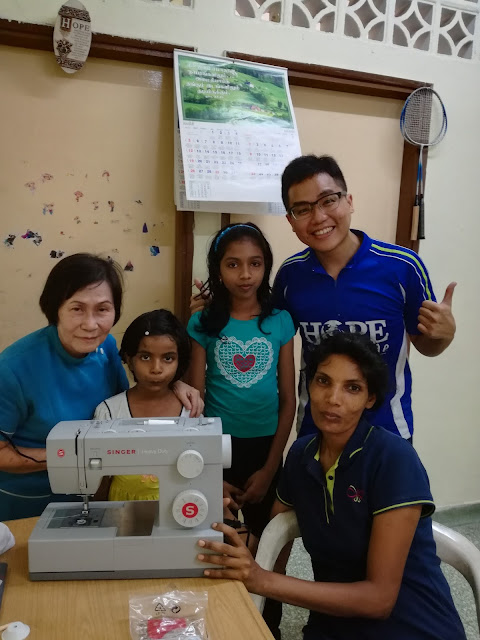 On 16 March, we delivered the Sewing Machine to Sukarna's home.

Now, Sukarna also wishes to see that her daughters are doing fine. "I want to see that they have what they need to face the road ahead,"” she said. She also hopes that one day they could reunite with her husband again.

Check out the video which concluded the above event on our YouTube Channel: http://bit.ly/2mWOQMH

Bringing HOPE Changing LIVES
Posted by Caesar Teh at 8:54 PM