7-Eleven Malaysia Buncit Bear Loyalty Campaign for a Noble Cause

In conjunction with Euro Cup 2016, 7-Eleven Malaysia launched its Buncit Bear Loyalty Campaign which consists of 10 Buncit Bears up for redemption! All these exclusive collection of Buncit Bears represent 10 football teams - Sweden, France, Portugal, England, Spain, Belgium, Italy, Ireland, Germany, Poland and a mystery team yet to be revealed. With a minimum purchase of RM 5.00 in any of 7-Eleven store nationwide, you will get one sticker. Collect all 24 stickers to redeem the Buncit Bear during the campaign period from 10 May till 04 July 2016! That's not all, once you have redeemed your Buncit Bear, post a photo of your Buncit Bear on Facebook or Instagram with the hashtags #FootballforHOPEww, #BuncitBear, and #7ElevenMY. RM 1.00 will be donated to the Football for HOPE Program for every hashtag shared.

To make the occasion memorable, the beneficial charity organization of this Loyalty Campaign - HOPE worldwide Malaysia and its 12 youths from the Football for HOPE Program were invited to attend the launching. The event kick started with the opening speeches from CEO of 7-Eleven Malaysia, Mr. Gary Brown and the Country Director of HOPE worldwide Malaysia, Mr. Darick Wong. Eventually, the 12 youths from the Football from HOPE Program were invited to the hall right after the launching video was played. Following the 12 youths, was our main highlight of the occasion, the Buncit Bear Mascot, who was wearing the jersey of France Football Team, who is also the hosting country for Euro Cup 2016. 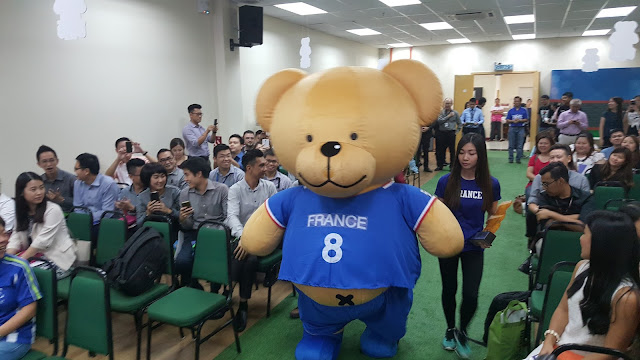 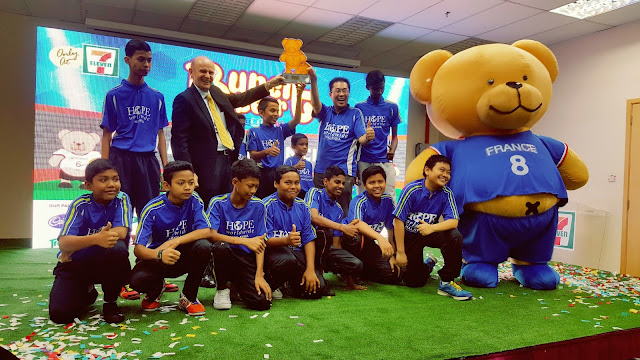 The CEO of 7-Eleven Malaysia, Mr. Gary Brown presented a Buncit Bear Golden Trophy to Football for HOPE program. Holding up the Trophy together with Mr. Brown were the Captain of the Football Team, Sayed Ahmad Nurtaufek (middle) and the Country Director of HOPE worldwide Malaysia, Mr. Darick Wong.

Thanks to 7-Eleven Malaysia for your CSR Collaboration and putting faith in all these youths and children, and giving them dignity, for them to continue to walk a step further toward their dream as Professional Footballers through the Football for HOPE Program. Our gratitude also goes to Global Business & Convention Centre for being the Venue Sponsor for the Buncit Bear Campaign Media Launching. 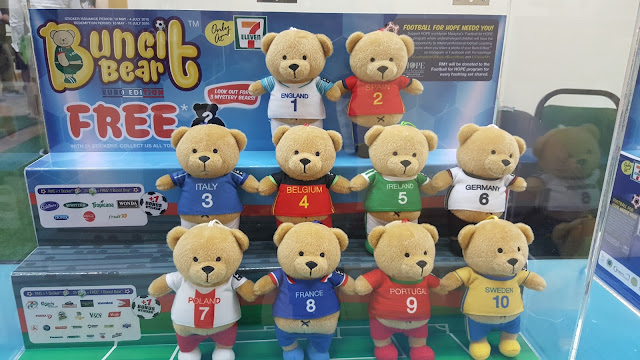 For more event photos, check them out at our Facebook page by clicking into: Buncit Bear Loyalty Campaign 2016


Bringing HOPE Changing LIVES
Posted by Caesar Teh at 8:15 PM