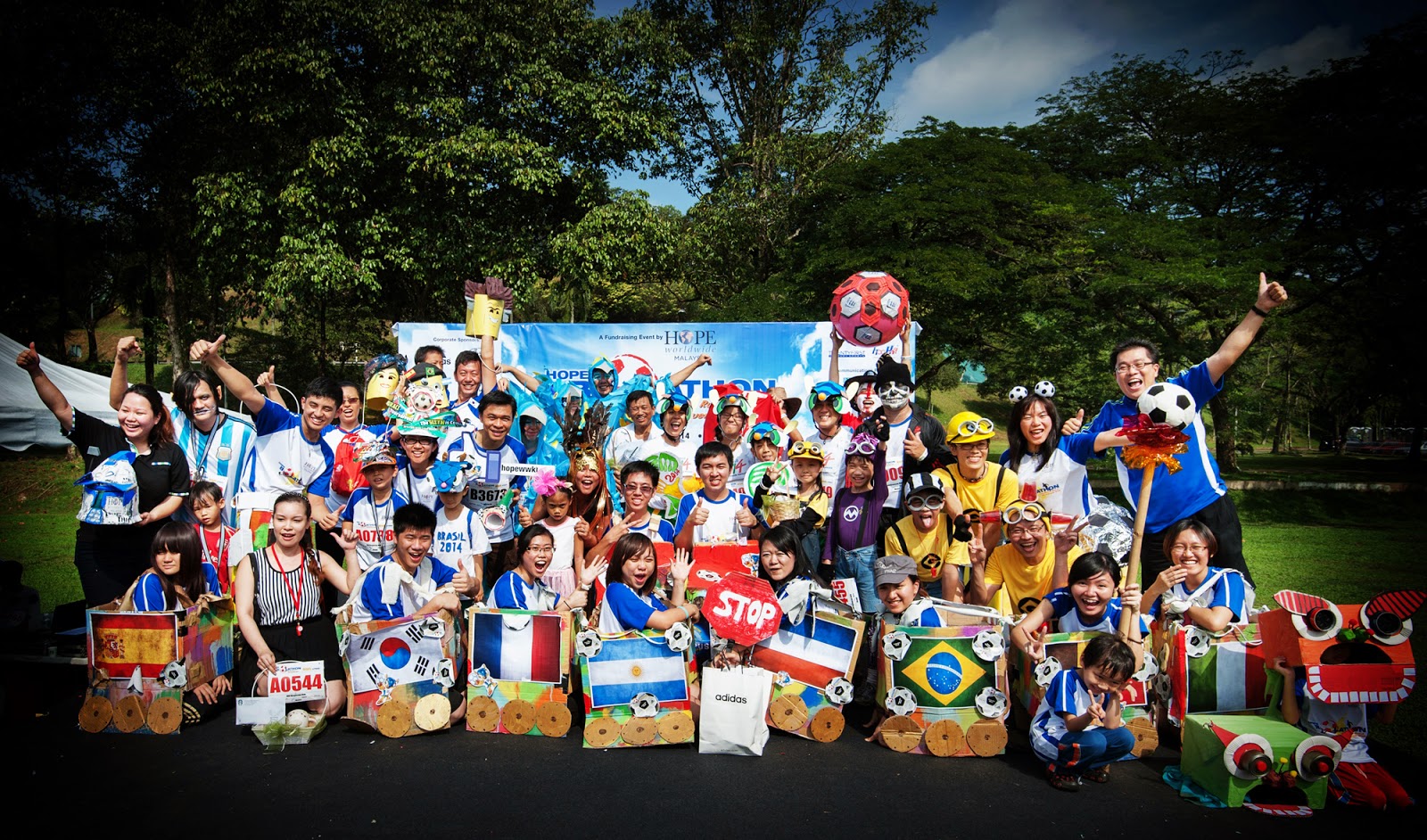 The addition of HOPE worldwide Malaysia’s maiden 10 kilometres Fun Run to its Bolathon – Charity 3km Masquerade Walk 10km Fun Run on its third anniversary held in conjunction with FIFA World Cup once every four years, had over 2800 football aficionados and

enthusiasts gathering before sunrise on a Sunday morning. 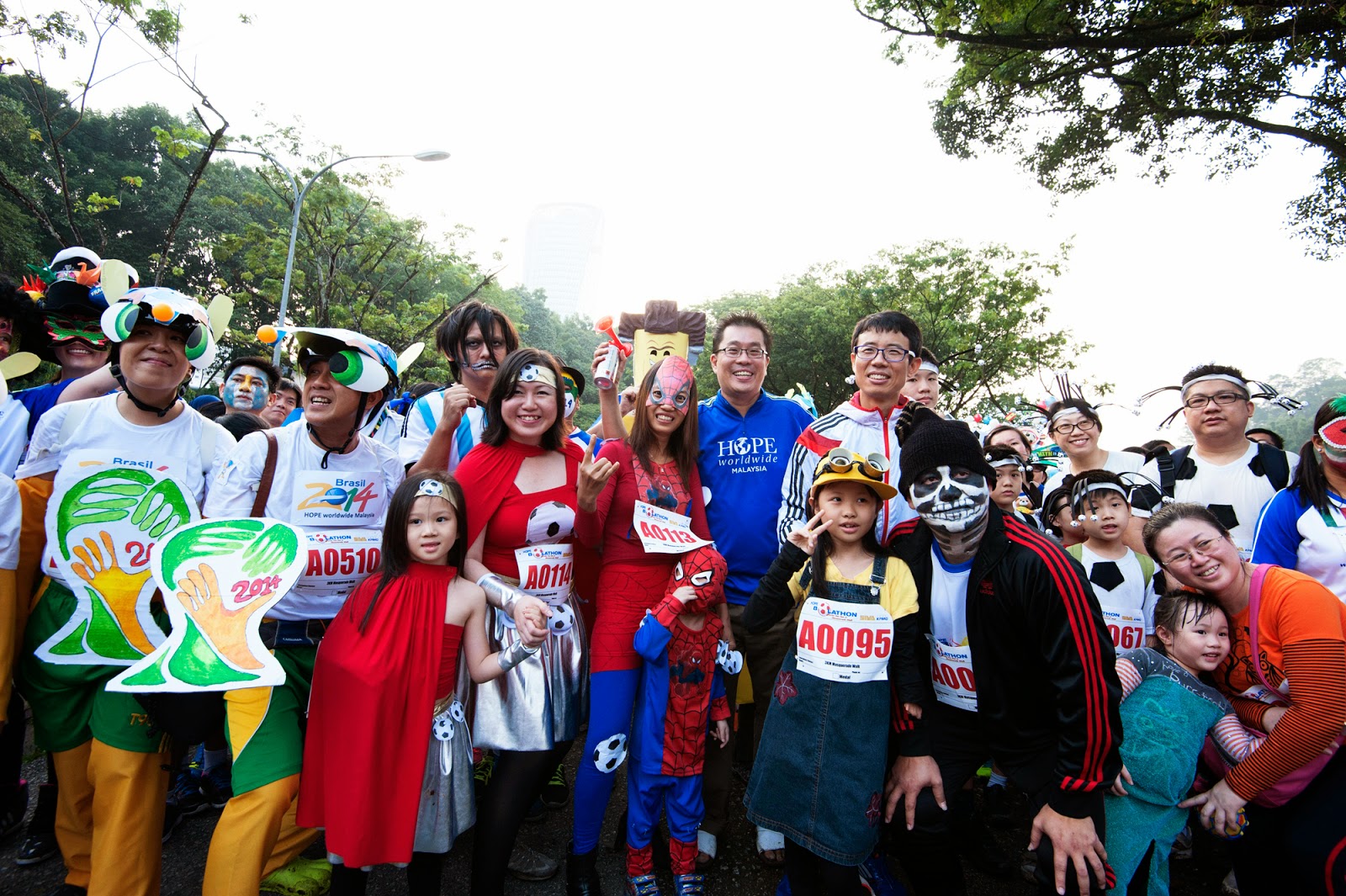 There were best-dressed prizes up for grabs for individual and group category whereby, participants were encouraged to have their photo taken at the Photo Booth tent to take part in the contest. Grazing their presence at this year’s Bolathon was a family of Superheroes with the toddler attending to mischief as Superman. Also present were Captain America, Spiderman, Minions and other well-known characters. “My kudos goes out all those who participated and supported the fundraising event. It is tremendous to have so many enthusiasts who rise up and unite for an initiative to better serve the underprivileged
communities in Malaysia.

It was a sensationally calm morning with minimal noise pollution to also enjoy the perks of DBKL’s Car Free Morning. The proceeds from Bolathon will be channelled towards HOPE’s flagship programmes centred on Health, Education and Nutrition such as Free Health Clinics, Reading and Food Distribution”, said Darick Wong, Country Director of HOPE worldwide Malaysia. Following the Run, there was a Friendly Futsal match held where corporate sponsors registered teams to compete against each other. Hyundai took first place followed by DoubleTree by Hilton as the first-runner up. Participating for the first time, Nor Athirah from Kota Kemuning said, “I feel extremely excited to join other participants for a great cause. It is a good initiative for the public as it improves our well-being and also an opportunity to bond with family and participate in Bolathon together”. 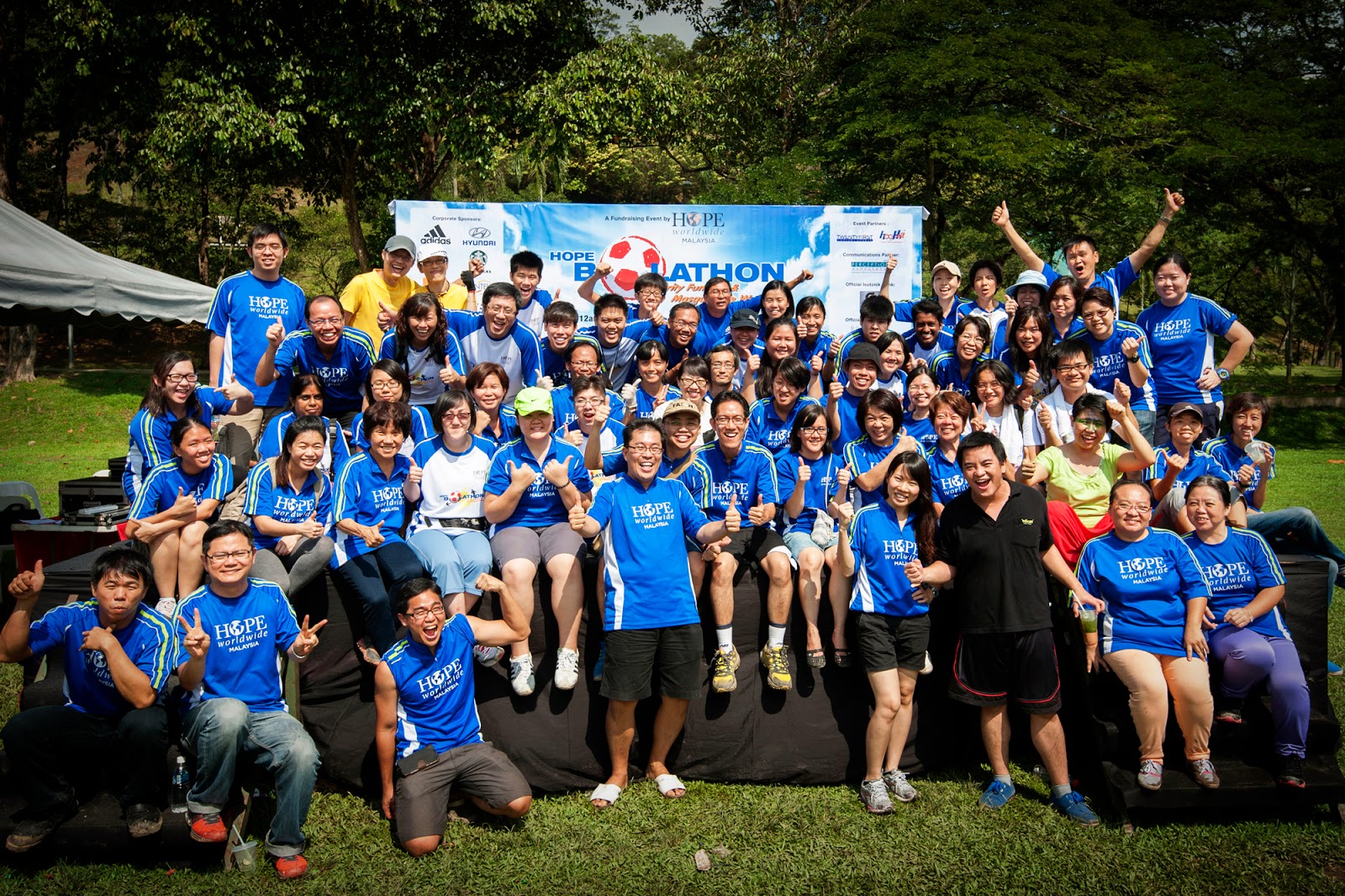 HOPE worldwide Malaysia will look forward to host the Fourth Bolathon in 2018 and continuously identify opportunities to enrich as a unique family-friendly event and the 10km Fun Run is here to stay.

For more event photos, check them out on our Facebook page by clicking into these links below:

Bringing HOPE Changing LIVES
Posted by Caesar Teh at 10:00 PM